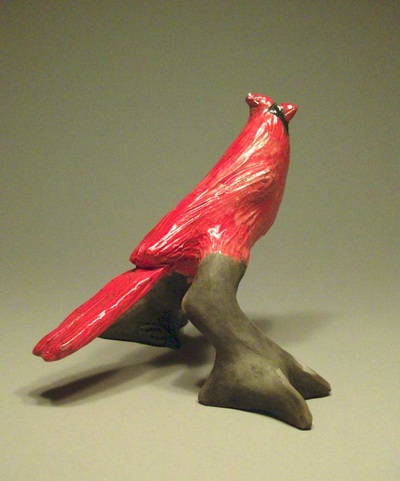 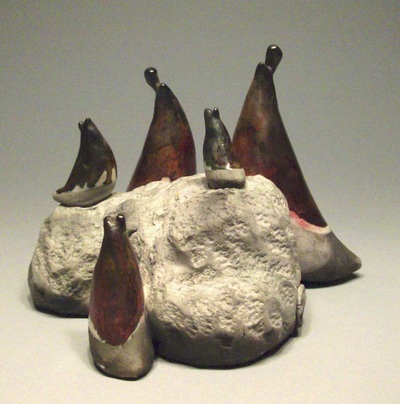 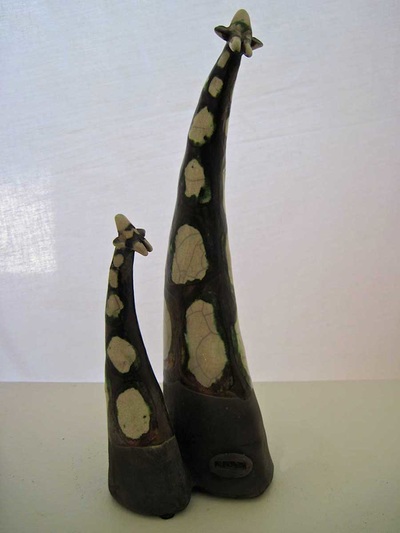 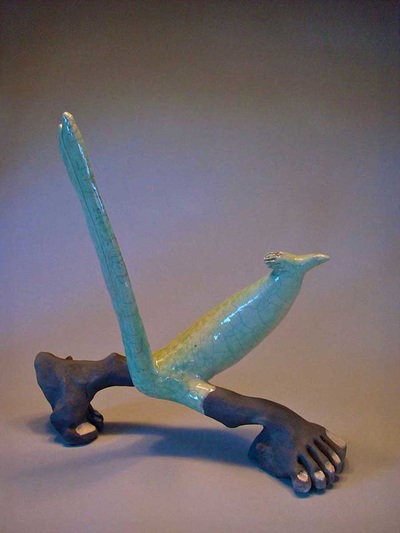 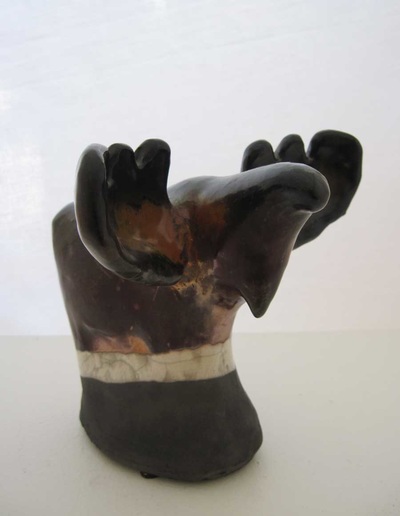 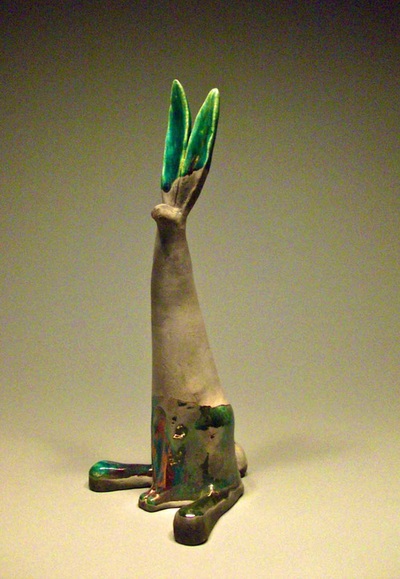 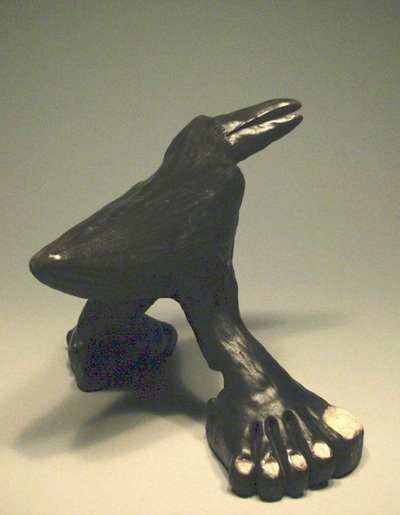 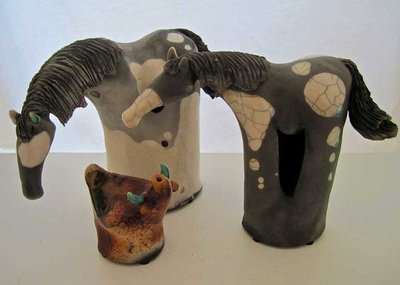 "The designs for most of my work are taken straight from nature; giraffes and elephants, cows and moose, kiwis and crows. The animals I choose and the process of raku firing are aspects of my work that have evolved over time. My subjects have certain characteristics that lend themselves to my style. Simplicity in design and a touch of personification, brought together with the organic nature of raku brings the creatures to life. Having relocated to the Southwest, I have incorperated a number of native animals; roadrunner, javelina, lizards, etc.

It is not my intention to imitate nature, but to borrow from it. Each piece is individually hand built giving them the unique character that they deserve."

Education:
Graduated from Trinity College of Vermont with BA in Craft/Art Entrepreneurship. Worked a Studio Manager at the Shelburne Craft School in Shelburne, Vermont from 1997 until Spring 2005. Alan’s work is represented nationally.